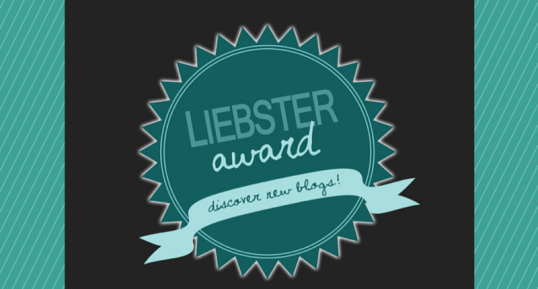 I was startled to learn a couple of weeks ago that our good friend Jennifer Guo had nominated me for something called “The Liebster Award.” Truth be told, my first thought was simply to ignore her undoubtedly well-meaning gesture, for the award name is in German and my aversion to that awful language (and to its wretched kissing cousin, French) is, I trust, amply documented. Moreover, in her post, she originally misspelled my last name and got the name of this blog wrong. Now please understand that I have solemnly anathematized people for far lesser offenses, but I find that I am willing to give Jen the benefit of the doubt, so I note her quick corrections and grant that her proposed excuses are at the least plausible. In the end, as she herself noted, my happy acquaintance with Jen long postdates the more active periods of this blog, so I think it fitting that, being summoned in her blog, I should respond here.

Jen blogs at… well, her blog doesn’t really have a name, but it may be found at jeniferguo.wordpress.com. (Incidentally, Jen once solicited blog name suggestions that somehow incorporated her own name, so I at once proposed “GVO VADIS?”—which is, I think, a lovely and rather evocative name [cf. St John 13:36 (Vg.) and the apocryphal Acts of Peter]. I am still uncertain why the matter remains unresolved. But I digress.) Jen is a voracious and intelligent reader, a competent and prolific book reviewer, and above all else, a zealous and committed Christian young woman. Although Jen already holds a master’s degree in accountancy, she shows great promise as a budding biblical scholar—and indeed, she is set to begin graduate studies in the field this coming fall at Trinity Evangelical Divinity School in Deerfield, IL. I am honored by her friendship, and eagerly look forward to her future contributions to biblical studies. I invite you to follow her blog if you do not already do so.

Now on to the meme award itself: at least according to the version of the rules which I have received, in addition to thanking and linking back to the blogger who nominated me, I am to write 5 random facts about myself; answer the 5 questions that Jen asked of her nominees; nominate another 5 bloggers; and then formulate 5 questions for them. So, without further ado, here is my contribution:

Five Random Facts About Myself

Five Questions for My Nominees

Well, it took me a day and a half longer than I expected to complete this post, but I have relished the exercise! I thank Jen for the opportunity, and look forward to learning from the answers of my distinguished nominees, all of whom I sincerely hope will participate.

6 responses to “The Liebster Award (Or, Who’s Honoring Me Now?)”

A blog about the Bible, Liturgy, Theology, Translation, and the Infallibility of Moisés Silva.